Burton Is The Original Snowboard Company, It’s Founder Jake Burton Carpenter Is One Of The Major Players Who Pioneered And Invented Snowboarding. Burton Snowboards…

The question on whether Burton Snowboards are good or if they’re bad is essentially irrelevant. It really depends on what you’re going to ride and what boards you’re comfortable on.

Burton has been around for decades and they have a large selection of snowboards. These range from skill level, to what you’re going to be doing on the mountain.

If I grabbed a Burton snowboard to ride back country and it was a park board. I’d think Burton sucked if I didn’t know any better.

Always look for the snowboard that will fit your riding skill level and riding style. I wrote a post about this specific topic a few years back, if you check it out you should get some good information on that topic.

My first snowboard was an M4, I’m not even sure if those are made any more since they made limited amounts every year. However, within the next 2 years, I found myself upgrading to a Burton Custom X.

Moving forward about 5 years. My skills as a rider developed and I needed something with More flex. So I purchased a GNU Riders Choice. It’s since become my primary snowboard, with the Custom X being a secondary.

All in all what I shred on depends on where I’m going and who I’m riding with. If I have the wrong board for the wrong hill, I’m gonna have a bad time.

The reason I went into this story was to say my Custom X is 10 years old, and while it does have its gouges and scrapes, She rides amazingly well today, just like 10 years ago.

How and where you ride will breakdown your snowboard quicker. For example, I’ve ridden in the park twice with my Custom X, and probably the same for the GNU.

I always felt like park riding was harder on a board than backcountry, but that’s probably because I suck in the park.

Burton Snowboards are created with an epic core and quality materials, they’re solid snowboards and if taken care of will be around for years to come.

Why Are Burton Snowboards So Expensive?

If you ever get into a conversation about Burton with other snowboarders this question always comes up.

And yes I’ll admit that I get annoyed by it too. However, Burton has built a name for themselves and everyone (non-snowboarders included) knows who they are.

As a brand, they can charge more and people won’t bat an eye paying the price. Look no further than APPLE iPhones or an Audi. Essentially an Audi is a Volkswagen and you can replace a $1200 iPhone with a #300 Samsung.

I know that comparison isn’t 100% but that’s basically it. Burton made a name for themselves and due to that can charge higher prices, and people will pay it.

However, if people stop paying for their products, they’ll have to make adjustments or go out of business.

That’s the free market in action.

***My Custom X Was Purchased On Sale In July. I Refuse To Pay Full Price Whenever I Buy New Gear***

What Is The Best Burton Snowboard?

My biased opinion is the Burton custom X, and that’s because it’s a great all-mountain board. It’s fast and super stiff. I’m not a huge fan of riding through trees on it. I prefer something with a little more flex when I’m doing that.

However I love my Custom X, and I think it’s one of Burtons Better designed boards.

However, you might be a deep powder rider and totally disagree. Your favorite might be the Burton Family Tree 3D Double Dog Camber Snowboard (say that 3 times fast).

That board will be amazing in deep powder and would cut through the backcountry like a knife in hot butter.

Ultimately whichever snowboard is the best will be decided by what you like to do. I didn’t write about a park board because I don’t ride a lot of park these days. If you love your park board, write it in the comments and let us know what you think.

The worth of a Burton Snowboard is determined by the owner. Since there’s not a huge market for used snowboards.

I hope you enjoyed my latest blog post. Let me know what you think in the comments below. Don’t forget to subscribe below. If you see anything you like in the links to Amazon don’t forget to check them out. My site makes a small commission of any sales from these links. It helps keep us in business and writing more content. Have a great day. 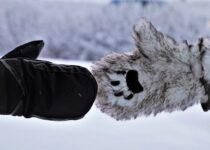