I purchased my first Burton Custom X in July of 2009. These snowboards are stiff, fast, and fun to shred on. The only downside, the stiffness gave me some issues in regards to maneuverability. However this might be due to the size of the board and not the snowboard itself. Either way, I still love each and every one of my custom X snowboards.

If you’re an all mountain shredder, and you love to go fast, this is the snowboard for you. Hands down it’s one of the most exciting snowboards I’ve ever shredded on.

Keep in mind my scoring is an opinion and the aggregate score should be taken with a grain of salt. The numbers don’t lie no matter who puts them up though. The Burton Custom X is a fast, hard hitting snowboard that you can ride all over the resort. Personally, I’m not a park rider, and didn’t have a lot of fun in that area, but if you know what you’re doing. It can be pretty fun in there as well.

If you’re a park shredder and wanna try it out (or have). Let me know in the comments how that went for you.

The snowboard itself responds to turns and carves well especially at higher speeds. I’ve had epic times shredding in powder, and it has great pop. The weight of the snowboard freaked me out the first time I picked it up. It was so light and only had weight because of my Ride Capo bindings.

Since 2009 Burton has made a lot of improvements to snowboarding tech. For instance, they invented a new type of edge called frostbite edges. They are supposed to give you a better edge when turning.

I view it as Burtons response to Magne-Traction, but I know a lot of people who swear by it.

The Burton Custom X is a snowboard that thrives on every piece of terrain the mountain has, and while riding, you’ll attain some of the highest speeds you’ve ever experienced. Its strength is acceleration and top speed, while its weakness is in maneuverability at slow speeds.

The weird piece to its weakness, is that it only matters at slower speeds. It felt like the faster I went, the more maneuverable it became. Although that was marginal, and it still earned it’s nickname, the greased plank.

There’s something epic that happens when you drop into Blue Sky Basin at Vail, riding a board that will fly past everyone.

Check Out Some Burton Custom X Deals From Amazon Below:

The Custom X is a expert level board, and with that it’s a hard board to tame. But don’t let that deter you, if you’ve been riding for some time, and you’re looking for an upgrade. The Burton Custom X might be the board you need.

Some of the best times I’ve had involve my Custom X and a back bowl somewhere in the rockies. I’ve ridden the snowboard through trees, off cliffs, and into deep powder. Wherever you are on the mountain. This board can rip it.

Camber: The Custom X has a regular Camber.

Due to the camber and flex, the tail gives an excellent pop for all those times you’re wanting to ollie higher.

The reason I wrote above not to ride if you’re not an expert is due to the stiffness. Boards that are stiffer are less forgiving of mistakes. Combine that with the high speed of the Custom X and you’ve got a recipe for disaster when you’re starting out. However if you’re new, and find yourself on a Burton Custom X, I’ll give you some advice.

Try to take it slow and get used to the feel of it for a while. However the snowboard might not allow that.

What The Custom X Does Well

The Custom X works best when riding in steep and open spaces. It will excel on anything, but powder riding is where it excels. I’ve spent a fair amount of time in the back bowls of Vail shredding on this board, and I’ve never had an issue in the powder.

On one of my first trips to the mountains, I followed a friend of mine into the trees. I was excited because of the intense riding. In Minneapolis I don’t ride trees, because they’re a death trap. Fresh snow is few and far between and the routes become glazed with ice. Sometimes you’d do better with hockey skates than a snowboard.

The Burton Custom X (at least with my current setup) is great at acceleration, high speed, and small carves. It doesn’t excel at sharp turns, and directional changes on the fly. The trees in Colorado were extremely taxing on me as I had to stomp on it for minor directional changes. I survived the weekend, but I left thinking that I needed a softer board if I wanted to ride trees again. That’s when I purchased my Gnu Riders Choice, which is a softer board with less speed but higher maneuverability.

Both Snowboards have served me well the last few years, and I jump between them all the time depending on the conditions, this post isn’t a rip into my Burton Custom X, instead it’s a post about how I had it setup wrong.

Have an epic day of shredding.

I’ve actually been having some issues on this topic lately, and I might’ve solved them, but it requires more testing. I’ve noticed turning with my Custom X has become a huge chore, worse than it used to be, and at first I couldn’t figure out the problem.

My Stance: The first thing I looked at was my stance, and I tend to get lazy while I’m riding and do a sort of drunken snowboard stance. It doesn’t look the best, and it slows my response times down. I only do this when I’m tired, and I was feeling the issue at the start of the day.

My Boots: My second thought was maybe it’s the boots? Then I dismissed the thought just as quickly, because my DC scouts were only a season old.

My Bindings: Here is where I think I’ve found the culprit, I’ve been using an old pair of Union EST bindings, and they’ve been amazing. However they’re made of plastic, and that flexes after awhile. Eventually with continued use, they don’t hold onto the boot as well and you lose efficiency.

Below are some bindings that I’d recommend for the Burton channel system. Always do your research before purchasing, but you can also read my binding guide and that will give you more information.

The following is only needed if you are shredding on a board from 2009. The creation of the Burton Custom X franken bindings happened, because I wanted to use bindings that weren’t supposed to attach to them.

In retrospect, I don’t find this practice very safe, and don’t recommend it. However, someone else might be able to improve what I did, and make it better, and hopefully safer. That’s why I posted this.

I made some adjustments to the snowboard. For the last few years, I’ve had some old union est bindings installed on the Burton Custom X, and they’ve worked pretty well. I’ve always felt that a good pair of bindings would help fix the maneuverability I experienced on them. There were some other issues too. These included incorrect size, plastic construction that was worn out, etc.

Then one day in the corner of my storage room, I spied my old pair of Ride SPI Bindings. I’d ridden on these for a long time, and had upgraded to ride Cabos in the last few years. Currently the Cabos were on my GNU because of base plate limitations, but I started to wonder if I could adapt them to work on my Custom X.

They were calling out to me, telling me they’d do great if I rode in them again. However there was an issue. Burton makes great gear but doesn’t necessarily play well with others, and neither Burton or Ride have ever made a suitable adapter plate to the M5 channel system. I don’t know which company is at fault or if it’s an oversight, but it seems like a huge one to me.

***Note The M5 channel system is the size of the first channel system Burton implemented 10 years ago. Nowadays they use the M6 which is comparable in size. In addition to that, some adapter plates have come out for different binding/companies. Double check that your bindings will fit prior to purchase***

Being the hoarder that I am, I never throw away snowboard parts. I always tell myself that they will be useful in the future. Currently, I have 20 different base plates, and over a hundred nuts and washers in my possession. I was proven right this time.

I was looking at some base plates, and I realized they could fit if I drilled two of the holes bigger. After that I needed to make made sure there was enough friction so they would stick together and not loosen up. When a channel system binding loosens up the bindings can slide up and down the board, oftentimes it looks as if the boarder is doing the electric slide on the mountain.

I started drilling, what did I have to lose? After a few adjustments, and going to a hardware store for the right bit. I was able to attach them. All they needed were 2 new holes drilled and they fit beautifully to the Custom X. As I tightened them up, I began to laugh, and I now understood what Dr. Frankenstein must have felt when he screamed, “It’s alive.”

I wasn’t super confident in my engineering skills, most of the time I lack them but I figured lets give it a shot. so I took my board to the local ski hill Afton Alps, and figured I’d give it a shakedown.

The first few runs were not epic, they were actually downright scary, but after a few adjustments I found some epic control and high speed.

Once again, my board and I tore up the mountain. They kicked me outta the resort that day, and I couldn’t wait for the next day too shred again.

If you ever have the opportunity to ride a Burton Custom X. I suggest you take it. These boards can rip. 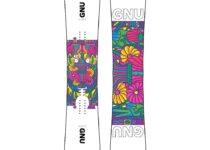